Jargon is used in every industry and profession, and business jargon ranks as one of the most commonly used forms of jargon. These over-used terms add little to the speaker’s statements, can be distracting, and are often grammatically incorrect.

Furthermore, numerous research studies have found that business jargon makes people think you’re lying and that using complex language in place of simple language makes other people perceive you as less intelligent. In other words, business jargon impresses few but annoys many. Here are 10 cringeworthy business jargon examples that you should omit from your vocabulary immediately. Yes, you might need to continue using them while you’re speaking with individuals who embrace the use of big words rather than just getting to the point. However, don’t forget that research shows the more succinct you are, the more trustworthy and intelligent people think you are. Example: “We need a clear definition of SOPs.”

What It Means: SOP is an acronym for Standard Operating Procedures.

Why You Shouldn’t Use It: Using an acronym to stand for a long name when a simpler term could be used is simply a tool to determine who is in the “in crowd” and who isn’t. If you don’t use it, you’re not one of us. Only you can decide if you want to play that game or not.

Tip: When you see the use of SOP in a job description, don’t apply. What It Means: Ideation is defined as the process of forming ideas.

Why You Shouldn’t Use It: Similar to replacing the word discussion or talk with the word dialogue (e.g., “Let’s have a dialogue about that later.”), ideation is an example of using a more complex word where a much simpler word could be used. Remember the research — your intelligence perception drops when you replace simple words with complex words where it’s not necessary.

Tip: The best way to handle “ideation” is “avoidation.” What It Means: It depends on who you ask.

Why You Shouldn’t Use It: In the words of Inigo Montoya in The Princess Bride, “You keep using that word. I do not think it means what you think it means.” Verticals is used in numerous ways depending on who you’re speaking with.

Tip: Make sure you know which version of verticals your colleagues are using before you join the conversation. Example: “We’re going to push consumers through the marketing funnel.”

What It Means: To move consumers from awareness of a product, service, company or brand to purchase, re-purchase, loyalty, and advocacy.

Why You Shouldn’t Use It: When I was in college, my Marketing 101 textbook referred to it as a pyramid. Now, it’s a funnel. The fundamentals of marketing process haven’t changed, but the cool kids are saying funnel now. If you want to be in the cool clique, use funnel.

Tip: It’s better to be smart than cool. Don’t get caught up in the funnel. Example: “Women in business need to lean in to get a seat at the executive table.”

What It Means: Making it look like you’re involved in a conversation or really listening by physically leaning in closer to the speaker. The term also has a metaphorical meaning, which refers to metaphorically leaning in to get noticed and seize opportunities in business and in your career.

Why You Shouldn’t Use It: This term gained popularity with the release of Facebook COO Sheryl Sandberg’s book, Lean In. Do you want to lean in or grab your opportunity? One is more passive than the other. It’s up to you to decide how you want to handle your career.

Tip: This term is so overused that it should be banned from business vernacular.

Example: “I’m not completely on board with that idea.”

What It Means: You disagree.

Why You Shouldn’t Use It: Saying you’re not on board with something is an attempt to be non-confrontational and avoid boldly expressing your opinion. Most people use this term when they don’t want to take the blame if their idea or position fails later.

Tip: Be bold and state your opinion with confidence rather than passively suggesting that you’re not entirely on board with another person’s idea. Example: “He is a professional coaching thought leader.”

What It Means: A person is an expert on a specific topic and has some influence on how other people think about that topic.

Why You Shouldn’t Use It: The term thought leader has become completely watered down in recent years with the growth of the self-proclaimed thought leader. It’s most often seen in the field of social media marketing where individuals who know how to use Facebook and Twitter but have very little (or no) marketing experience or education, claim to be social media thought leaders.

Tip: If you’ve got the experience and education, then declare yourself an expert. You’ve earned it. Let everyone else call themselves thought leaders. Example: “We need to invest in inbound marketing to drive our customers through the marketing funnel.”

What It Means: Led by the creation of quality content, inbound marketing refers to all online marketing tactics that drive consumers to interact with a brand or company and lead to conversions and/or sales.

Why You Shouldn’t Use It: Inbound marketing is just a new term to refer to using the newer tools of social media, online content publishing, and direct marketing to engage consumers and develop pull marketing rather than relying on traditional push marketing tactics such as advertising. Someone created a term and marketed it well. A lot of people who don’t completely understand marketing jumped on the bandwagon. Someone is making a lot of money as a result.

Tip: Inbound marketing is a new term but it’s not a completely new form of marketing. Look smarter than the people around you and don’t use this term. What It Means: The easiest projects and goals that represent quick wins for the company.

Why You Shouldn’t Use It: Aside from the argument against focusing on quick win projects rather than evaluating all projects and investing in those that will deliver the best results for the company in the long run, the term “low hanging fruit” is so overused that it now fails to communicate its intended message. In other words, don’t try to make your decision to do the easiest projects first sound more strategic than it really is.

Tip: Call them what they are — the easy, quick projects that will get the executives their bonuses this year. Example: “We need to close the loop on this project.”

What It Means: You need to complete the project, track its performance, and report the results. In other words, everyone needs to do their jobs.

Why You Shouldn’t Use It: If you have to point out that your team or employees need to close the loop, you’ve already failed. If you can’t actually finish the project and do everything you’re supposed to do, then closing the loop is the least of your worries.

Tip: Make sure you never have a reason to use the term close the loop. 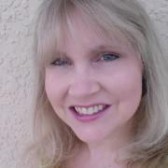